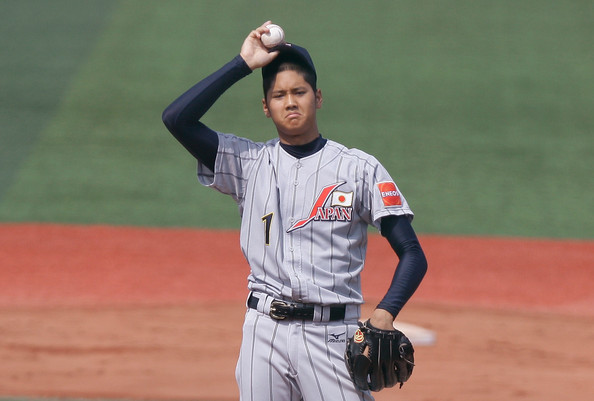 Otani wants to begin his professional career in MLB

Shohei Otani the 18-year-old Japanese high school picture with a 100 MPH fastball has said he will pursue a career in Major League Baseball instead of turning professional in Japan.

The 18-year-old Otani said “I think I will start in the minor leagues but I want to challenge in the majors. It’s been my dream since entering high school.”

The new rules limiting teams to $2.9 million annually for international free agents will likely come into play, however MLB teams would not have to pay a posting fee to sign Otani, because he is not under contract with any Japanese professional team.

Otani would become the first top draft pick to come directly to the US from a Japanese high school.  Otani is frequently compared to fellow Japanese pitcher Yu Darvish.

Otani’s won’t get him to the major leagues and his secondary pitches would have to be developed. as with most young hard throwers, command is an issue that he will have to overcome. Reportedly, Otani is a raw talent. In a game this spring Otani struck out 11, walked 11 and gave up nine runs (five earned) while taking the loss.

As I tried to tell my kids when they were young, throw the ball as hard as you can, and someone will pay to see it.