Bronx to the Beach – How Likely is an A-Rod Trade ? 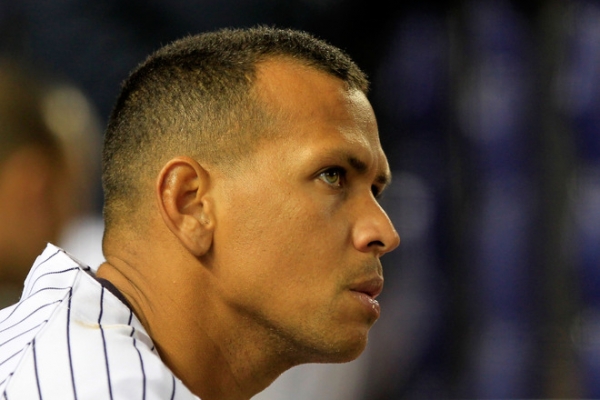 Is A-Rod’s time with Yankees coming to a end?

It’s amazing what happens when you flirt with someone during a baseball game. Alex Rodriguez is having quite the week by doing very little on the baseball diamond. After being dropped in the order, out of the lineup and dropping a baseball for an Australian bikini model to leave her number in the span of two weeks, Rodriguez is now rumored to be potentially traded to the Miami Marlins.

What are the odds?

The deal as a rumor makes sense. A-Rod is a Miami native, his background would appeal to the fanbase and, like him or not, he always attracts a crowd to a stadium, something the Marlins badly need after a disastrous 2012 in a new stadium.

From a marketing standpoint, we’re talking about the same franchise who overpaid Ozzie Guillen to manage in a transparent attempt to appeal to a hometown crowd, so it’s not so far-fetched they would go after a player for similar purposes.

But that’s about where the logic stops for the most part.

Rodriguez is owed $114 million over the course of five years and he has a no-trade clause. Let’s ignore the no-trade clause since it’s unclear whether A-Rod is even happy in New York at this point. Let’s call his bonuses for breaking home run records a wash since the spectacle would likely make the money back and it’s not guaranteed money to begin with.

From a Yankees’ standpoint, this deal makes no sense if it’s simply to purge A-Rod from the roster. Even compromised and in his twilight, Rodriguez would put up a better complete season than anybody presently on the roster or in the farm system.

Names like Dante Bichette Jr. aren’t ready yet and Eric Chavez cannot physically handle a full season. While trying to lower payroll, New York is not going to want to pay for A-Rod to play elsewhere and then also spend on a new third baseman, so the only way trading him makes sense is if they get some salary relief.

That’s why the only way this deal makes sense for either team is if one of the reports of Heath Bell being involved comes true. Bell is owed 27 million dollars and the Yankees can easily absorb that with Rafael Soriano‘s higher salary likely off the books when he inevitably opts out of his contract this offseason.

With Soriano gone, the Yankees would actually save money bringing along Bell, who would be expected to pitch in the seventh or eighth inning with the likely return of Mariano Rivera and with Joba Chamberlain, Boone Logan and David Robertson already under contract for late-inning situations. Two of those guys may be gone after a year, so Bell may have larger opportunities soon anyway.

That portion of a salary dump makes sense.

For the Marlins, Greg Dobbs is currently the best option on the depth chart. So let’s not be fooled about whether or not A-Rod would improve the roster. He would. Even at this point in his career.

The two main issues are this:

1. How much money is A-Rod worth for his dwindling production?

2. What happens when he no longer can play third base?

The Marlins will want to keep A-Rod in the lineup with the game plan being he eventually breaks the home run record. There’s also very little chance he can play third base for the next five years and the National League has no DH. You can’t pinch-hit him because then he won’t get the at bats to break the record.

For these reasons, it’s unlikely a deal ever gets done. Of course, maybe he moves to first base at some point or Miami gets creative somehow.

So then let’s say the Marlins are on board. They buy into his connection to the community, the home run record appeal, the fan appeal, his presence improving the roster etc. And let’s agree the Yankees don’t do this deal paying an entire salary because it would make no sense for them.

How much do you pay for Rodriguez at this point?

If you’re Brian Cashman, doing the deal for any less than $30-40 million makes no sense. That’s roughly paying three quarters of A-Rod’s salary for him to go away but it goes a long way.

Take Bell’s contract and have the Marlins pay a minimum of $30 million. Essentially, the Marlins pay the Yankees to take Heath Bell and New York gives them Alex Rodriguez. The Yankees save six million annually and can use that to find a lesser third baseman or a stopgap until their prospects are ready.

The Marlins get a first ballot Hall of Fame marketing tool for 6-8 million dollars per year, plus dump the salary of Bell in the process. So essentially, the Marlins spend $3 million+ for Rodriguez and the Yankees save enough money to replace him temporarily and replace Soriano’s presence in the bullpen.

With the difference in Soriano’s salary, the Yankees may have over $10 million to play with, which was exactly what they paid to soon-to-be free agent, Hiroki Kuroda, who just happened to be the most consistent Yankees’ starter this season.

That would be the only way a deal would get done.